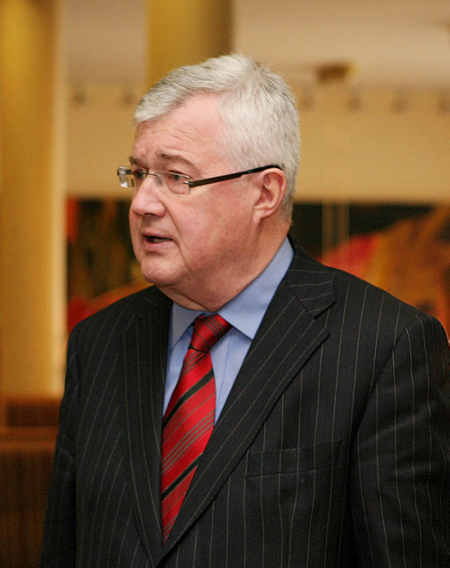 William Slattery is Head of European Offshore Domiciles and Country Head of State Street in Ireland. State Street has some 2,000 employees in the Irish investment funds industry, and is one of the largest employers in the Irish funds industry. A former Irish Central Banker and global compliance officer of Deutsche Bank, Slattery has been an influential force in the development of Irish Government policy in developing Ireland's IFSC. He is a member of the IFSC Clearing House Group, an advisory body of industry representatives which was established in the 1980s to advise the Irish Prime Minister's office on development policy for the international financial services industry in Ireland.

He worked for the Central Bank of Ireland for more than twenty years until 1996 and was responsible for supervising Dublin’s IFSC from its establishment in 1987 until 1995. Immediately prior to leaving the Central Bank of Ireland Slattery was Deputy Head of Banking Supervision where he was responsible for the supervision of all Irish banks and building societies.

Slattery joined Deutsche Morgan Grenfell (Ireland) in 1996. Following a short period in Ireland, Mr Slattery moved to London where he held a number of senior compliance and risk management positions in the Asset Management Division of Deutsche Bank.

From 1999 to 2001 he was Managing Director and Global Head of Risk Management for the Division and a member of the Deutsche Bank Group Risk Board.