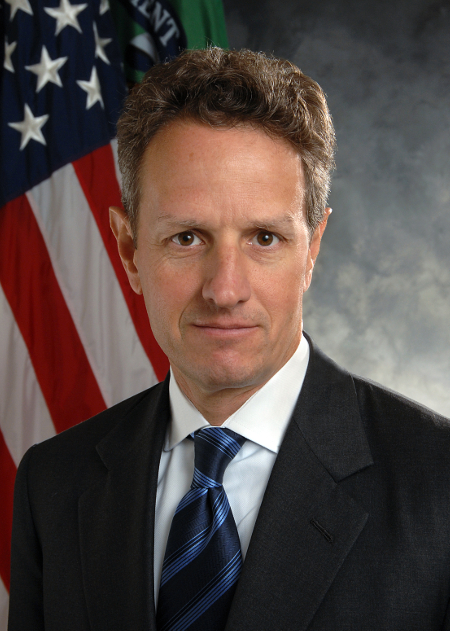 Nevertheless, his impact on financial centres appears highly muted (despite his China brief as Treasury Secretary). His influence has shot up this year though, mainly because the new regulatory architecture set out in the Frank-Dodd Bill puts him in charge of the pivotal regulatory body, the yet-to-be-staffed Financial Stability Oversight Council, and whose Office of Financial Research (OFR) will be the permanent administration of the new overarching body, whose powers ride over even that of the Fed, along with eight other Washington financial regulatory bodies, thanks to the Frank-Dodd legislation. This includes other bodies whose chiefs are members of the FCI 500 such as Mary Shapiro's SEC, Gary Gensler's CFTC and Sheila Bair's FDIC, and, of course, the governor of the Fed Ben Bernanke.

Geithner has also begun to flex his muscles in the fiscal sphere, signalling for the first time, at home (on an ABC interview in July) the need for tax increases, from 'the rich', something that the Democratic dominated Congress may not be keen to implement ahead of the Congressional elections in the Autumn.