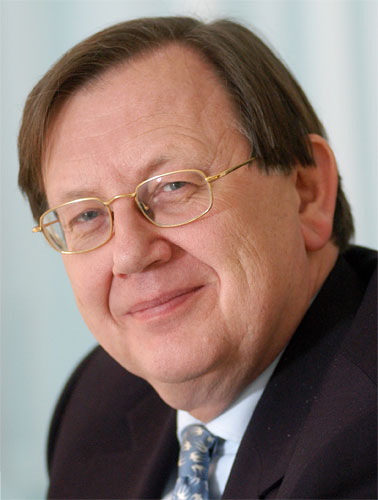 Nout Wellink, Chairman of the Basel Committee on Banking Supervision and President of the Netherlands Bank is another EU central bank governor to make the top 10 of the FCI500. He does so on account of his chairmanship of the Basel Committee on Banking Supervision. The Basel Committee does not have regulatory powers, being a super body for consultation between central banks. It sets the standards for capital adequacy, and finds itself, like its sister body the Financial Stability Board in a pivotal position to resolve the credit crisis.

Wellink has emphasised the importance of risk assesment as well as capital and liquidity strengthening as part of the way forward from the Basel standards which were published in December 2009. Through this year, Wellink's body has been testing the water, with quantiitative impact studies and the like, but later this year, when it issues its proposed capital and liquidity reforms the shape of the new stsndards will be set. On this he has said 'many banks have already made substantial strides in strengthening their capital and liquidity base. The phase-in arrangements will enable the banking sector to meet the new standards through reasonable earnings retention and capital raising.'