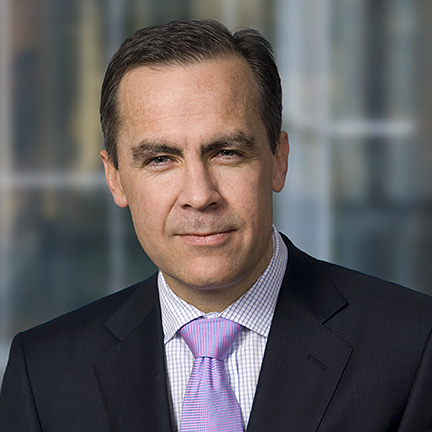 Mark J. Carney is the governor of the Bank of Canada. A Harvard-educated economist, he had a thirteen year career with Goldman Sachs in London, Tokyo, NY and Toronto, before joining the bank. He was appointed deputy governor in 2003. In November 2004, he left the Bank to become Senior Associate Deputy Minister of Finance - a position he held until his appointment as Governor of the Bank.

He was appointed as governor on February 1, 2008 for a term of seven years. He furthermore has just been appointed chairman of the pivotal Committee on the Global Financial System (CGFS), one of the G20 network organisations shaping the reform of financial regulation under the aegis of the BIS. This post is for a term of three years starting on 1 July 2010, and follows the Canadians' hosting of the G20 summit in Toronto in June 2010. He succeeds Donald L Kohn, who has been CGFS Chairman since July 2006 and is retiring as Vice Chairman of the Board of Governors of the Federal Reserve System.