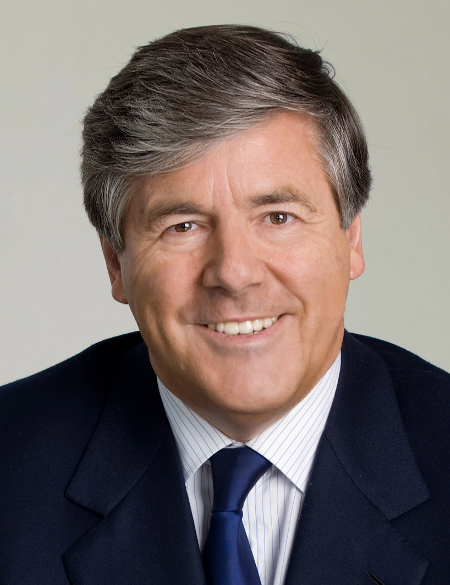 Dr. Josef Ackermann is Chairman of the Management Board and the Group Executive Committee of Deutsche Bank, but this alone does not guarantee his holding such a high position in the FCI 500 list, especially as Germany's banks have been diminished in size in relative terms during the course of the credit crunch, (not a bad thing necessarily, as others over-leveraged).

Swiss born Ackermann's stewardship of Deutsche Bank through the credit crisis was acknowledged in the air of uncertainty, and concern over the future leadership of the bank early in 2010, as the term of the (1948 born) CEO was due to expire in 2010. In the event a board request to extend his tenure to 2013 was accepted.

He is a member of the Supervisory Board of Siemens AG, of Royal Dutch Shell plc and of the International Advisory Council of Zurich Financial Services Group. He also plays an active role in, among other things, the Initiative Finanzstandort Deutschland , the Institute of International Finance (Chairman of the Board), the World Economic Forum (Vice-Chairman of the Foundation Board). Since 2007, Ackermann has been a Visiting Professor in Finance at the London School of Economics.
He studied economics and social sciences at the University of St. Gallen, and in 1977 he joined Schweizerische Kreditanstalt (SKA). In 1990, Ackermann was appointed to the Executive Board of SKA, becoming its President in 1993.