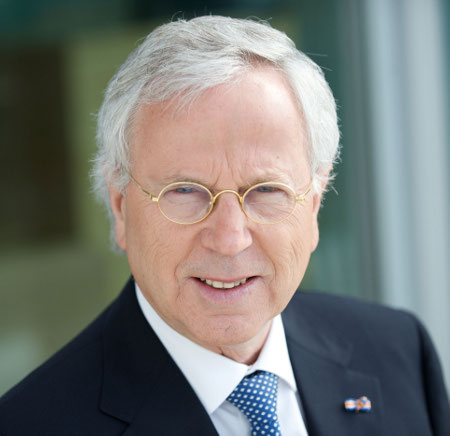 Jan Hommen is chief executive of ING, the Netherlands largest banking and insurance group.
He was appointed to the Supervisory Board of ING Group as of 1 June 2005 and became Chairman of the Supervisory Board in January 2008. Until 1 May 2005, he was Vice-Chairman and CFO of Royal Philips Electronics. From 1975 to 1997, he worked for Alcoa Inc. From 1978, he worked at Alcoa’s head office in the United States, becoming CFO in 1991. On 26 January 2009, Jan Hommen was nominated for appointment to the Executive Board by the Supervisory Board. This nomination was adopted by the General Meeting of April 2009. Jan Hommen is also Chairman of the Management Boards Banking and Insurance.