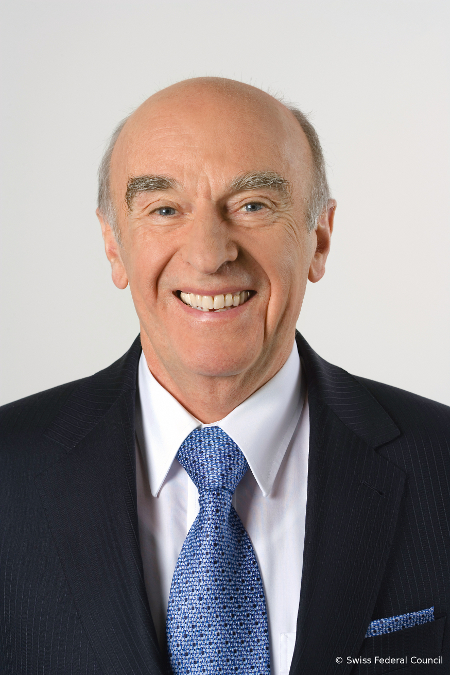 Hans-Rudolf Merz, Switzerland's Finance Minister, and a financial technocrat and politician has held various positions and been long influential in the Swiss Financial Centre. He has led the battle to regain ground lost by Switzerland as the USA in particular has targeted the historically neutral, and non G20 member state to prise open elements of banking secrecy.

The Free Democrat politician, Hans-Rudolf Merz defines his political standpoint as authentically liberal, by which he means 'a society founded on libertarian values, with an emphasis on individual values'. He adheres , 'to a state that is both strong and svelte. In an increasingly globalised world, in which society, science and politics constantly evolve, the role of the state needs to be clearly defined'. 'Without the authority of the state', he has said, 'a social market economy cannot function'.